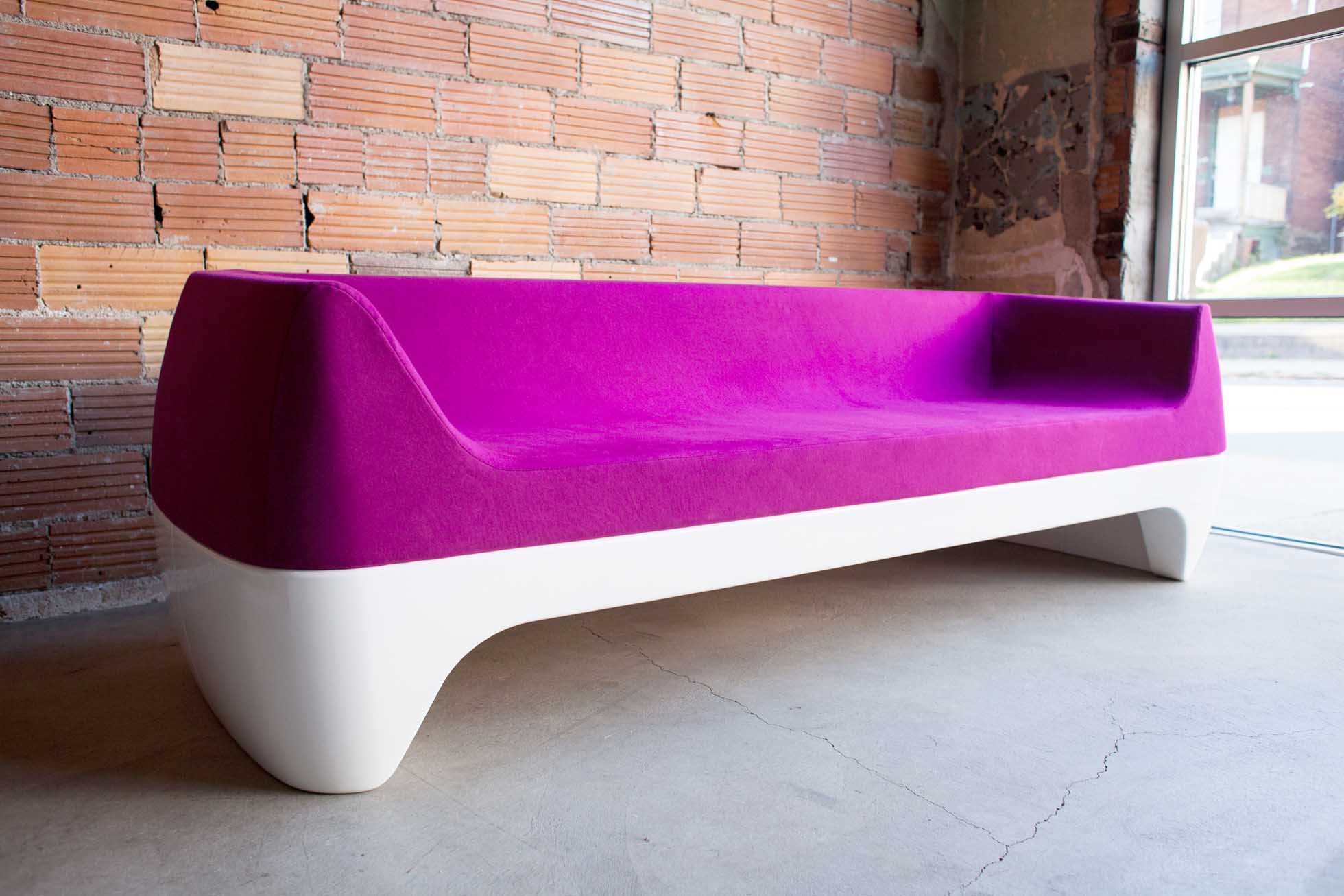 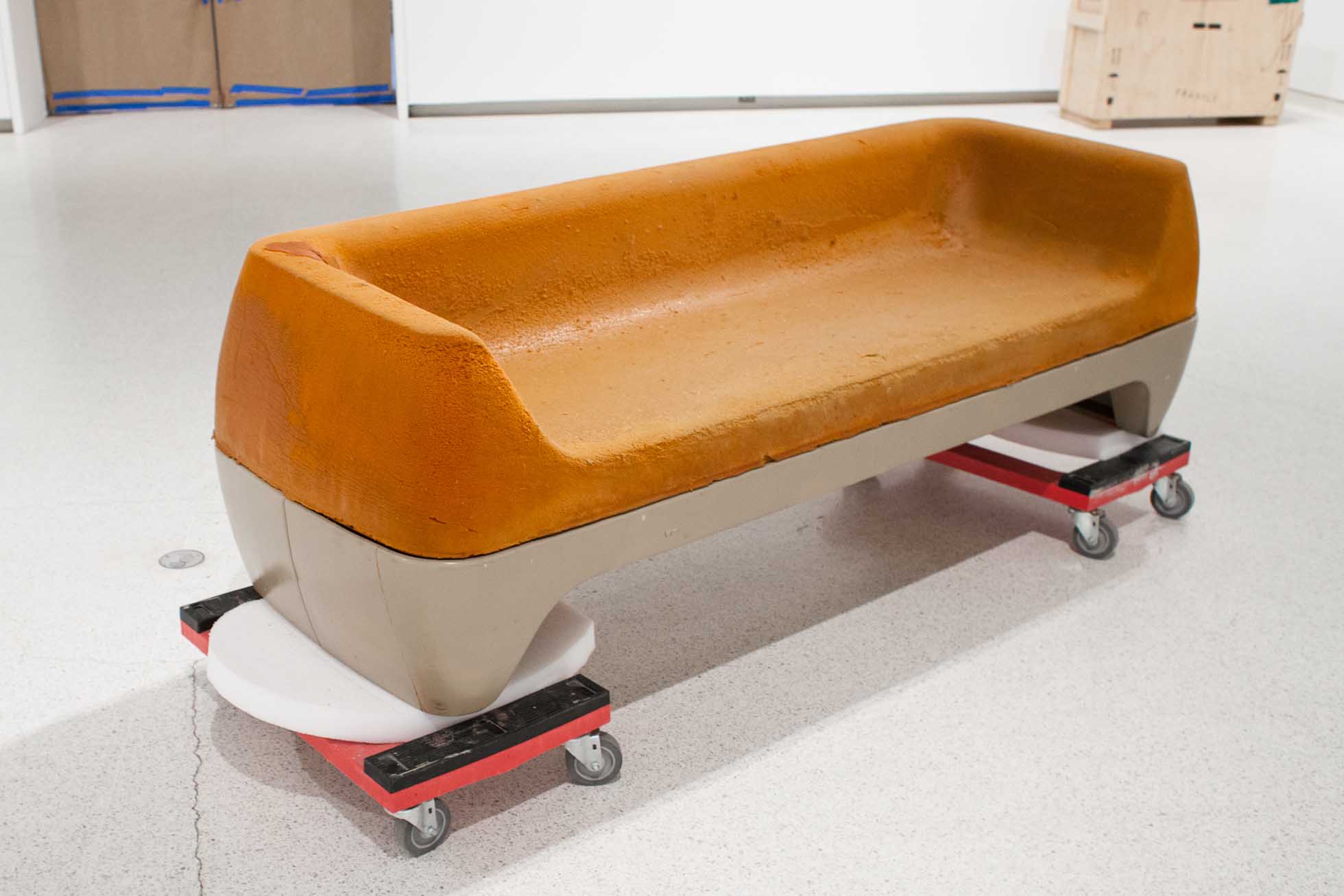 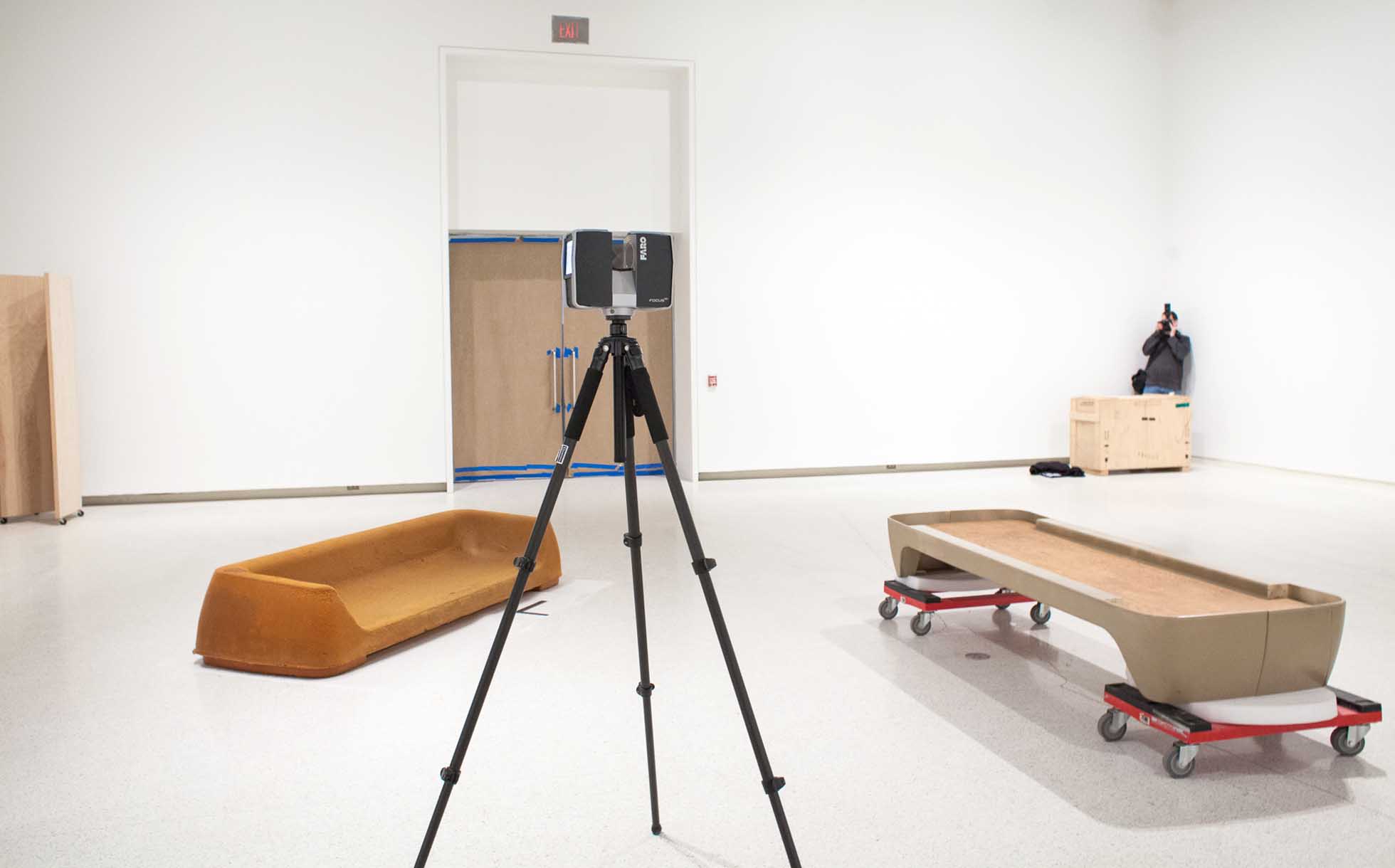 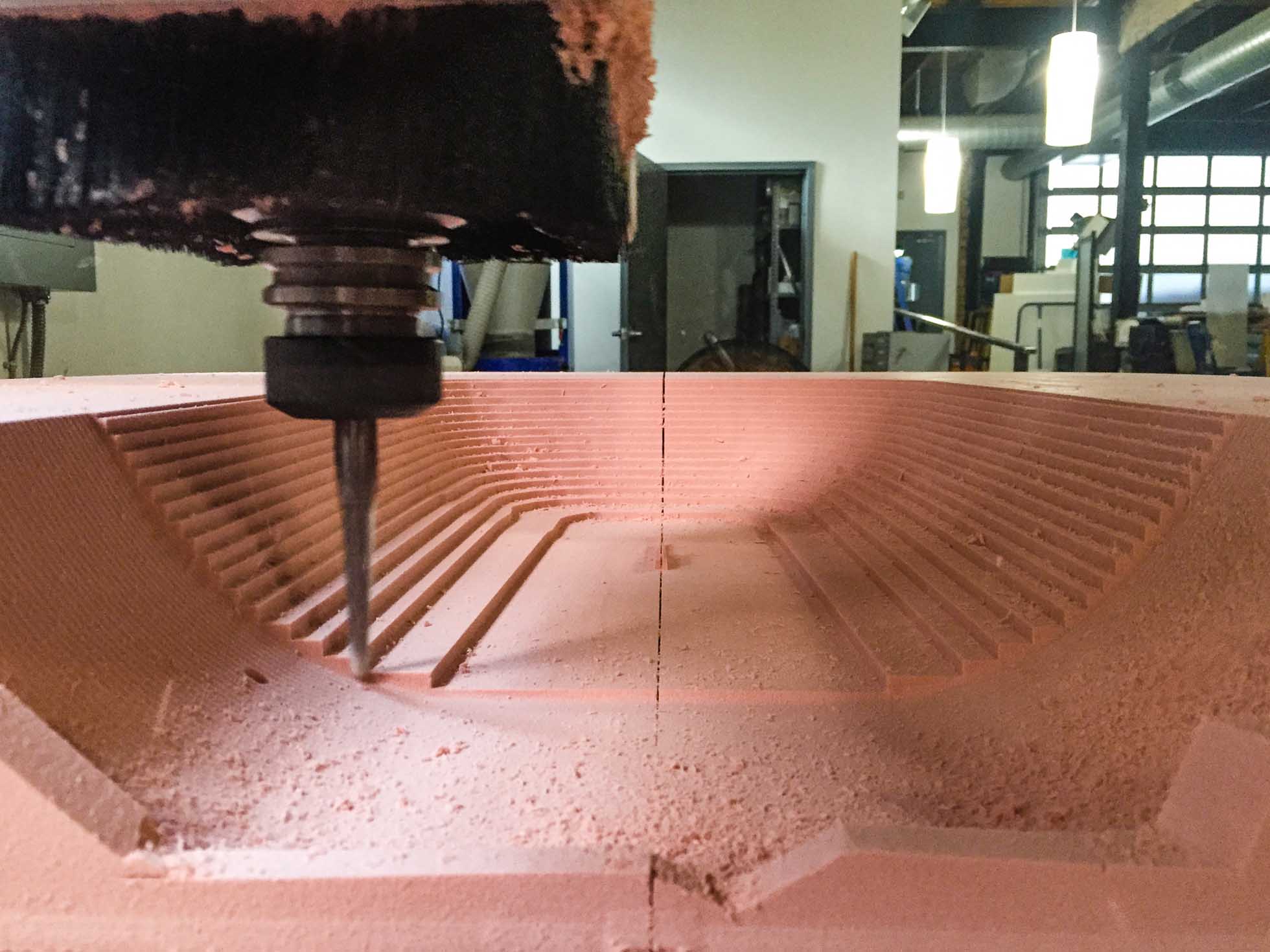 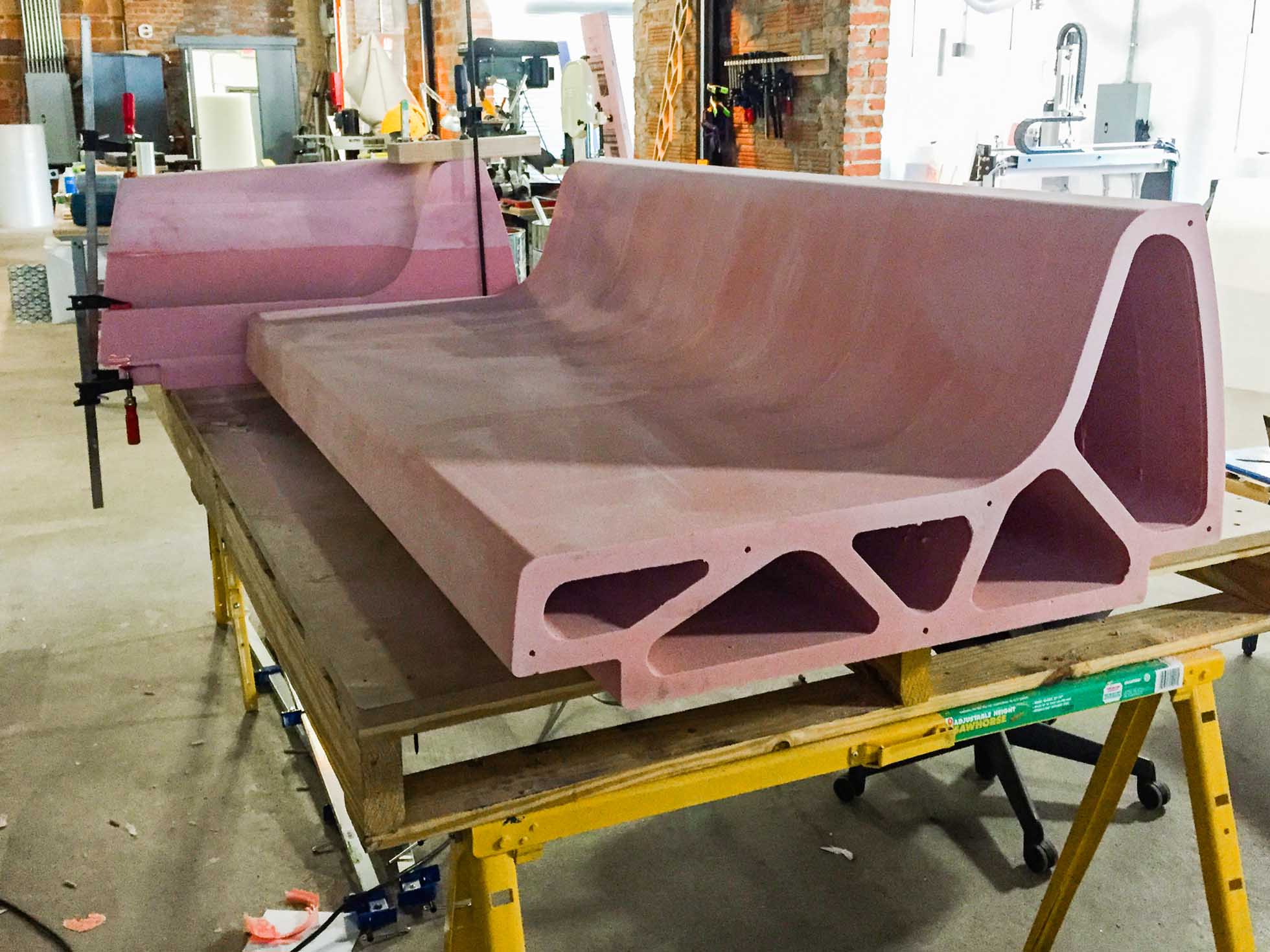 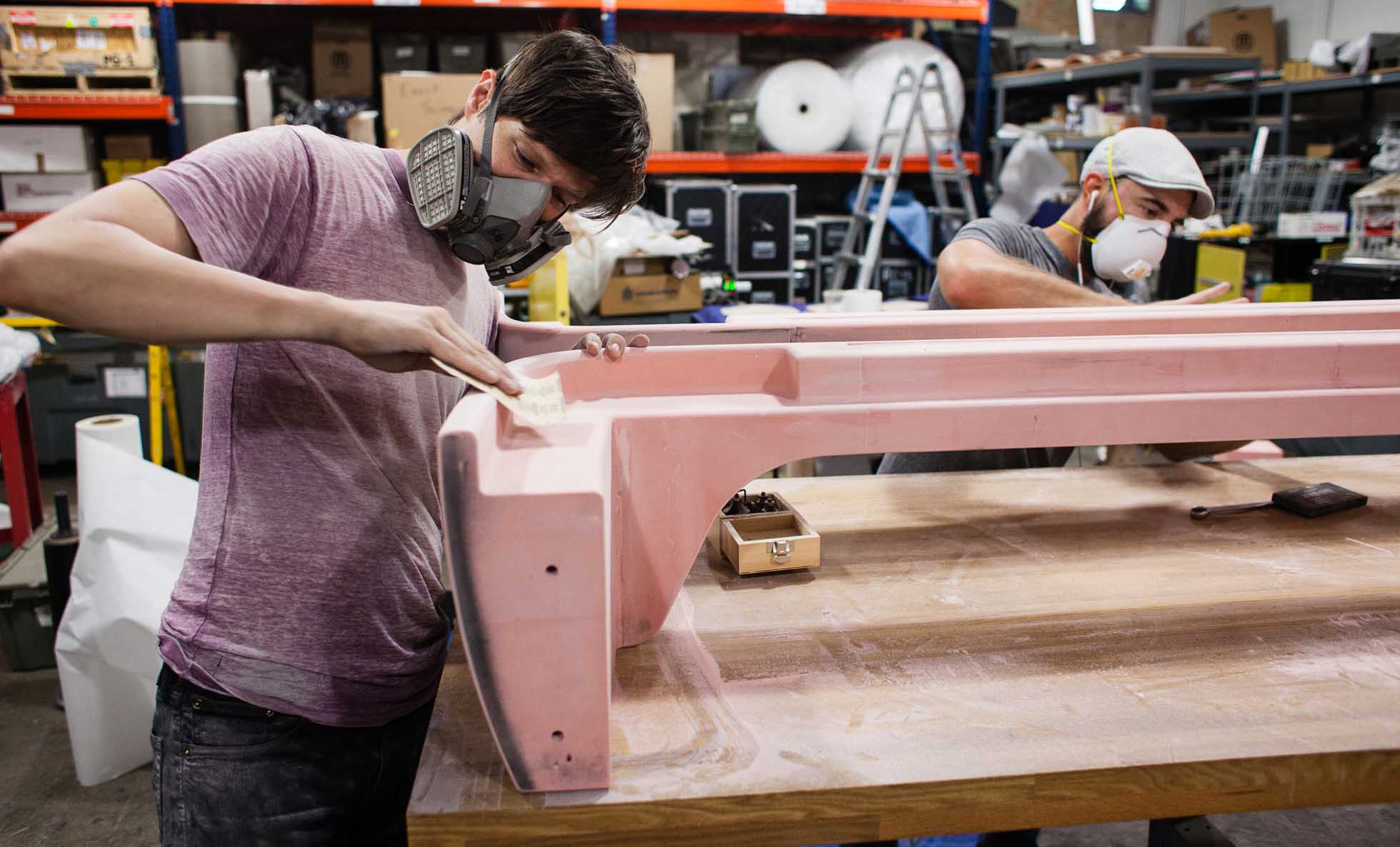 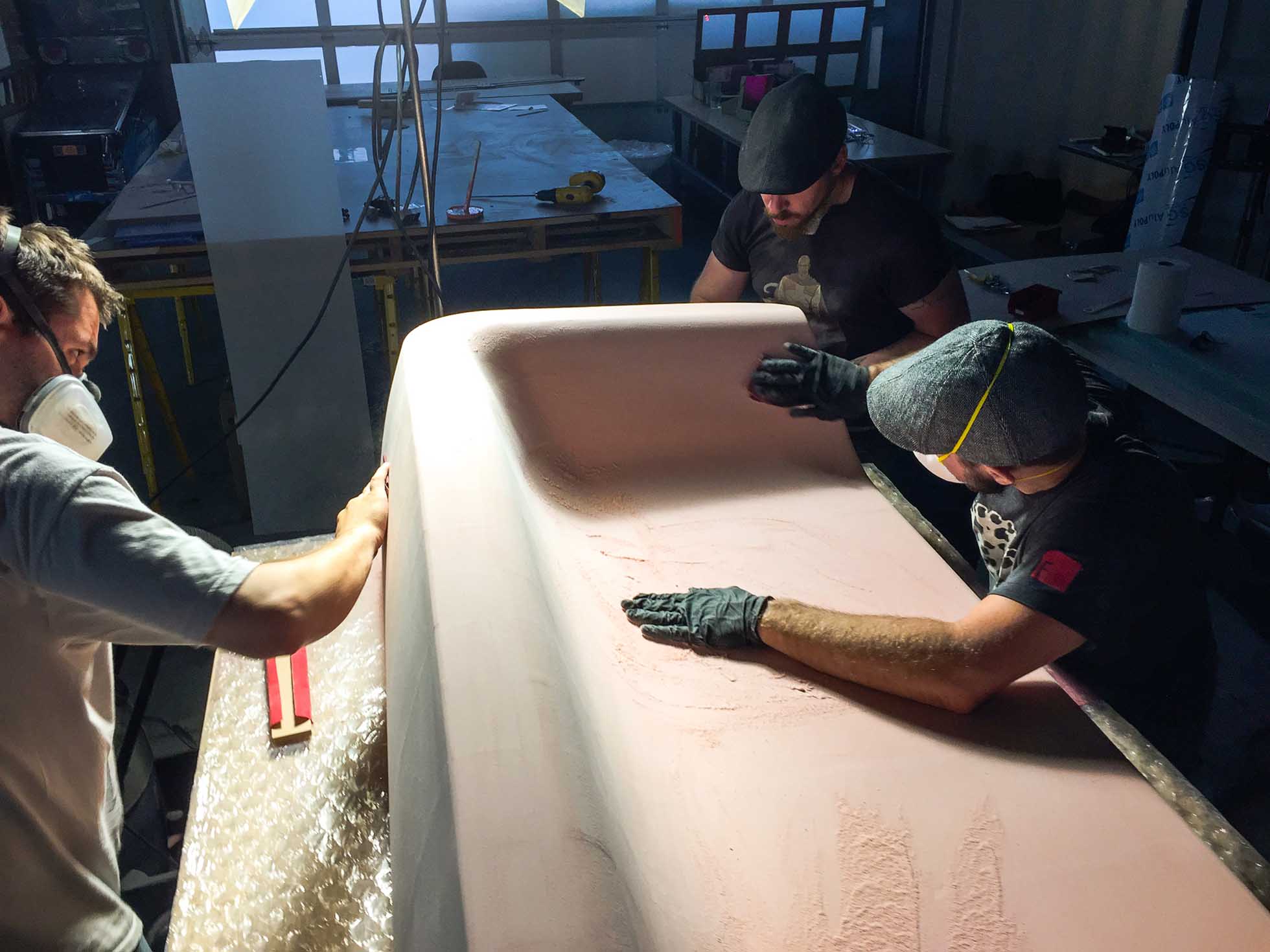 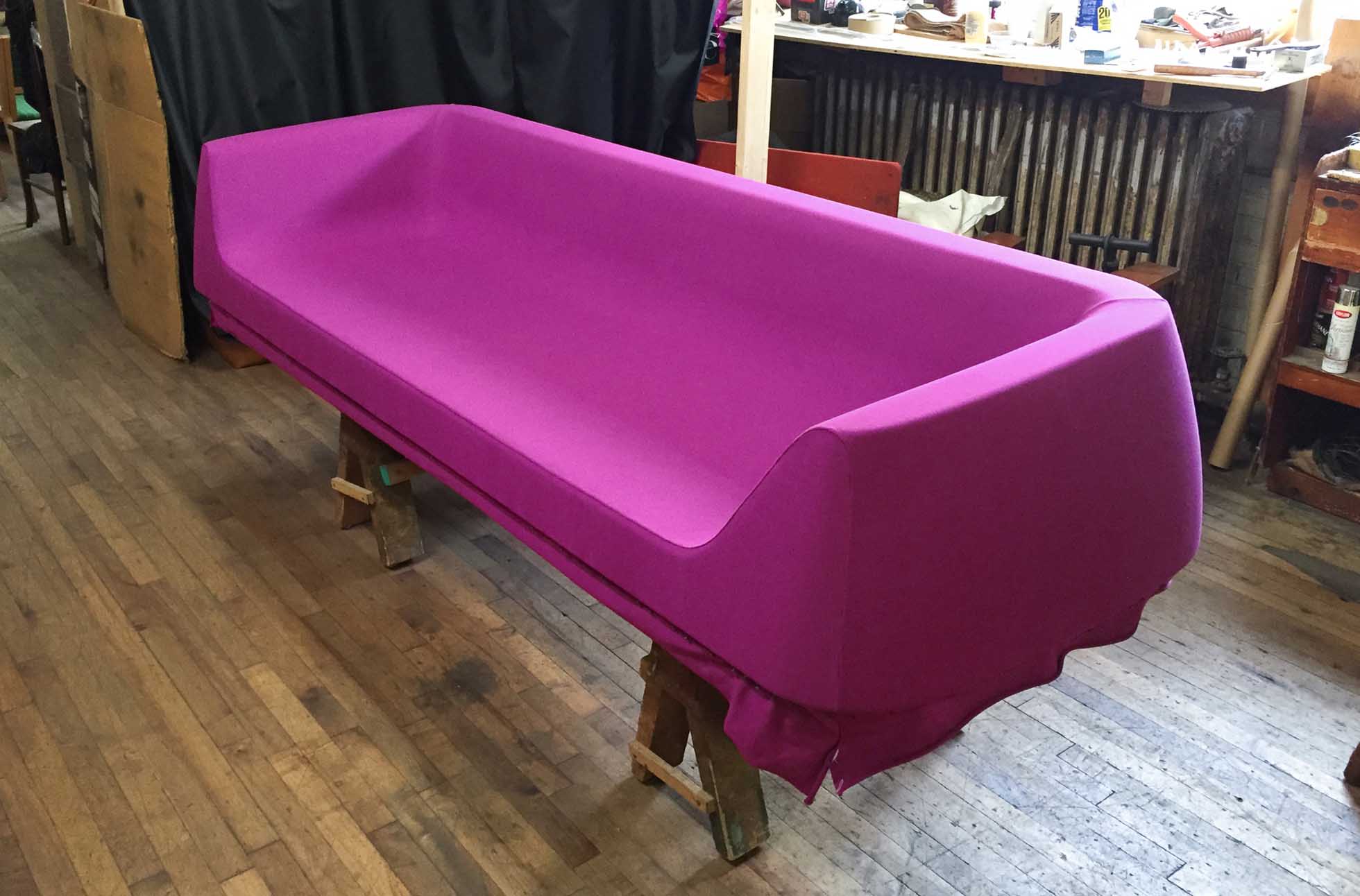 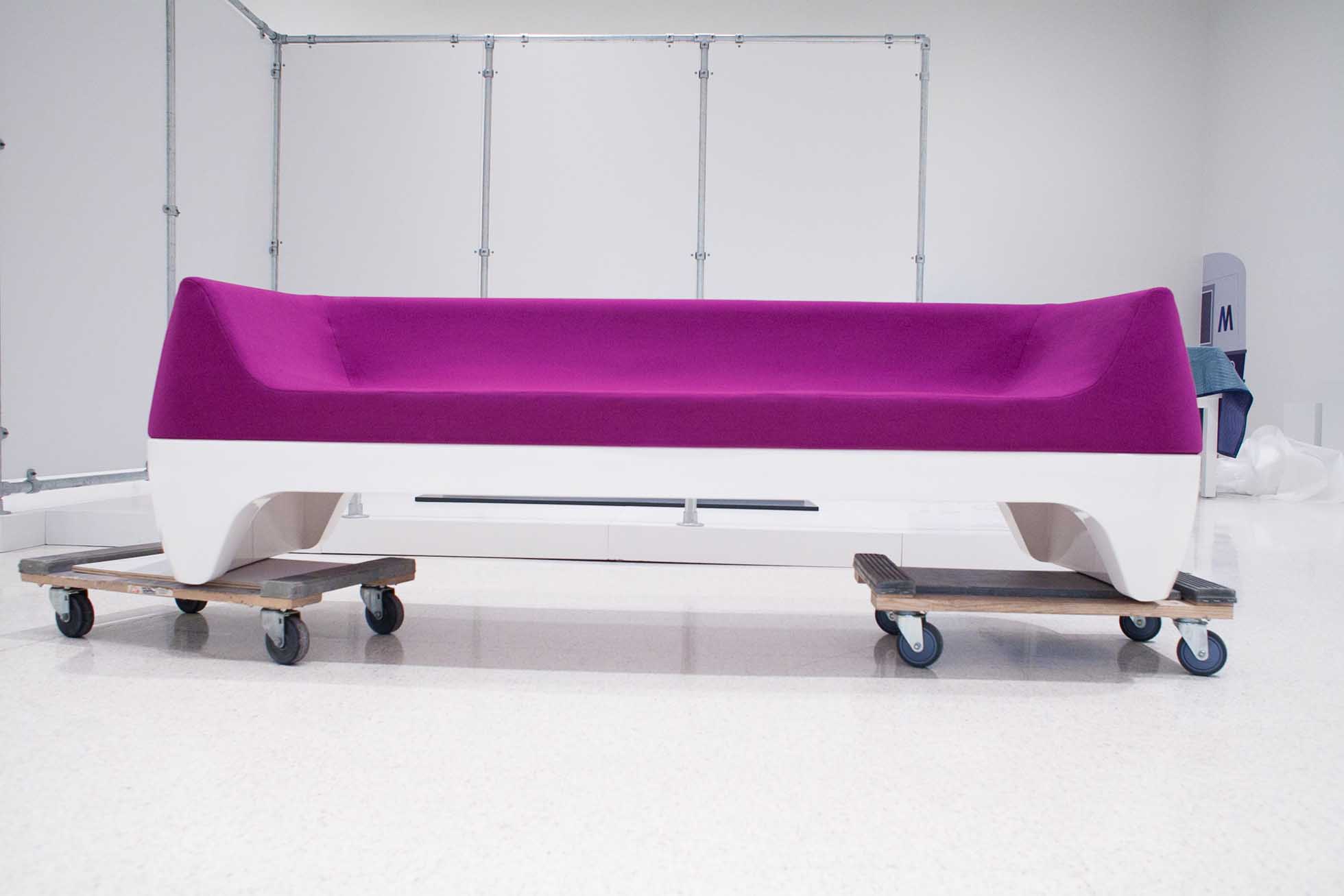 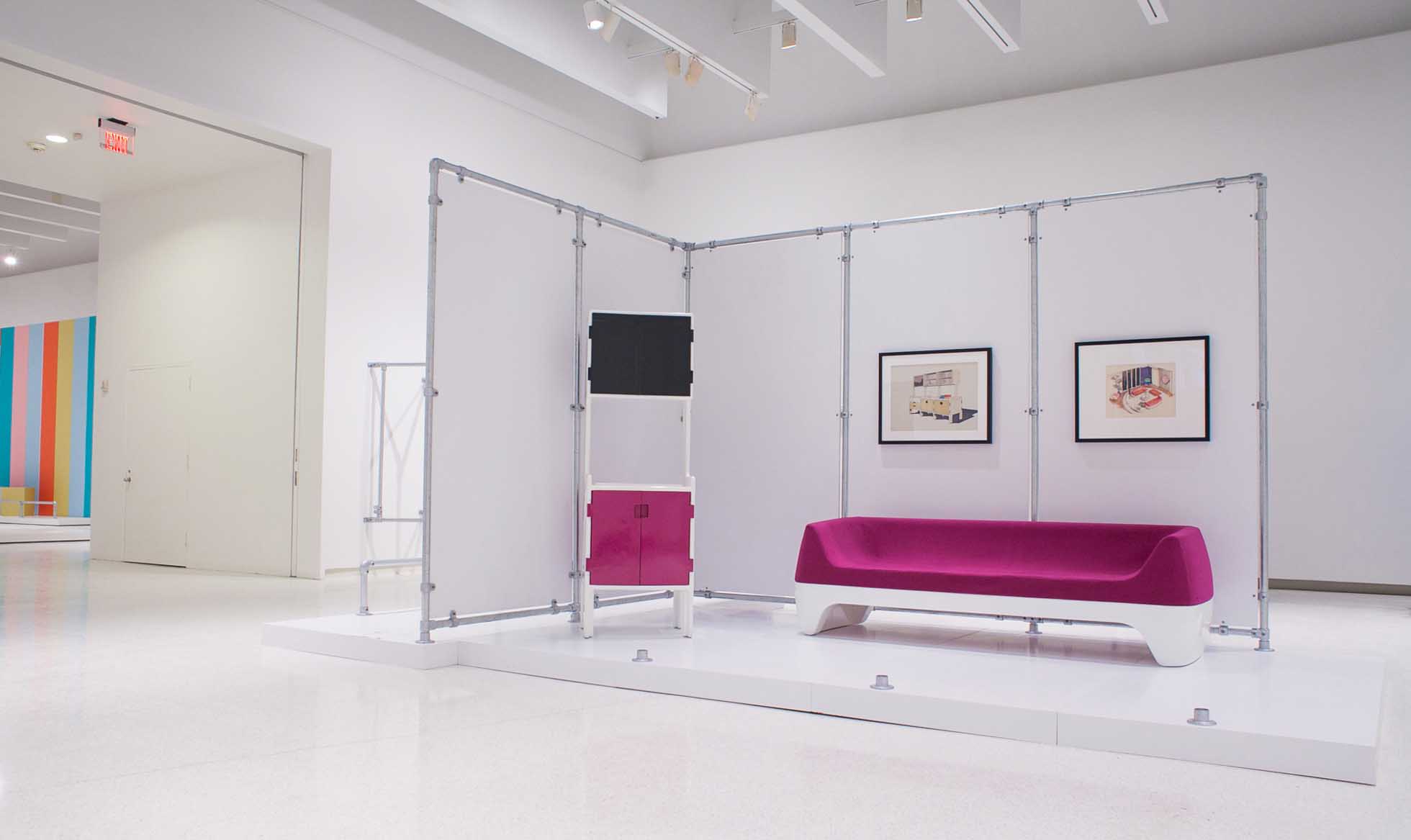 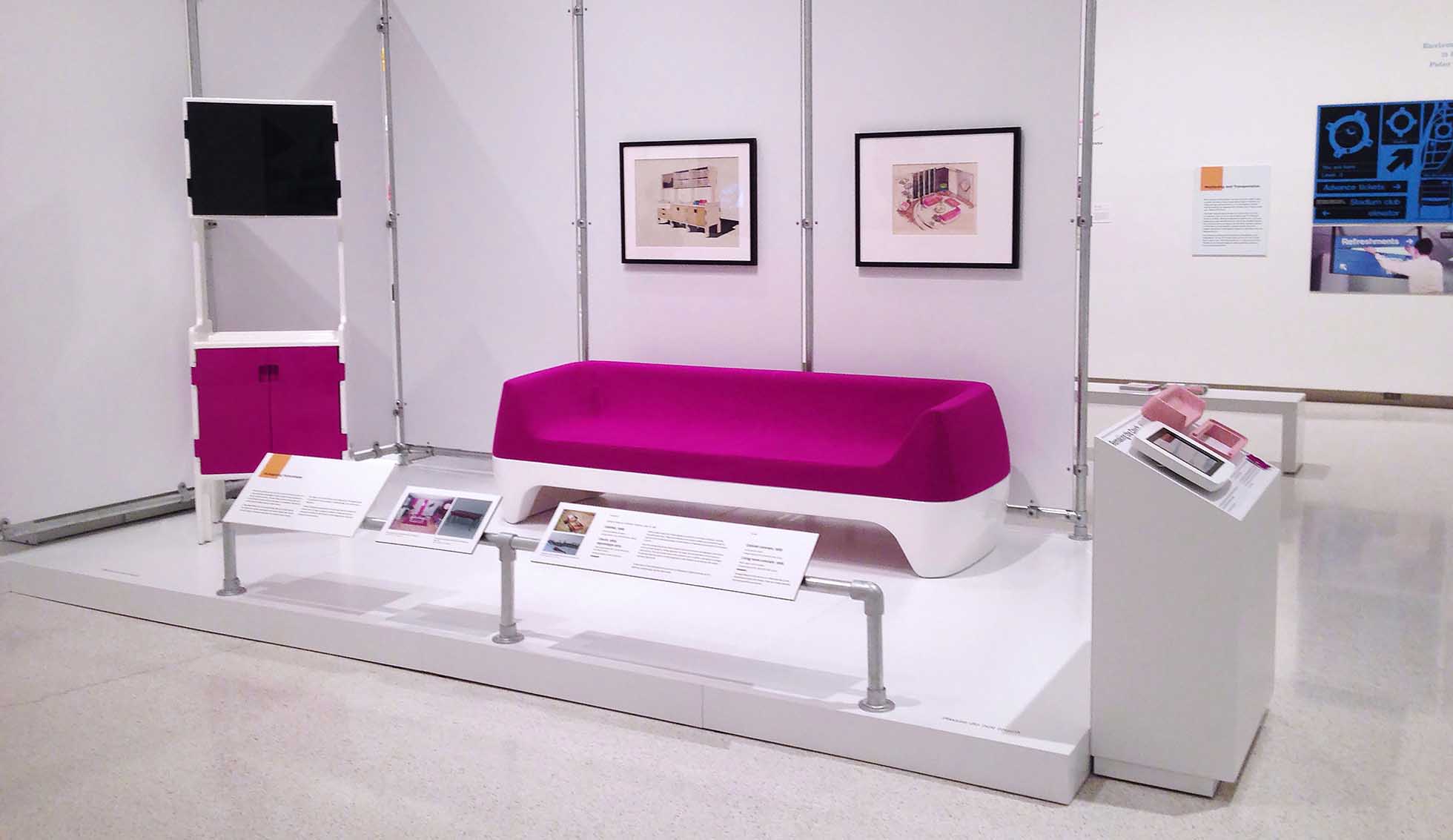 The Mobay Reprototype is a collaboration between the Carnegie Museum of Art, Iontank, and Quail Cage Studios, using 21st Century tools to recreate a couch prototype originally designed by Peter Muller-Munk Associates (PMMA) in 1969.

The original 1969 project was a collaboration between two Pittsburgh-based firms, combining PMMA’s expertise at identifying new markets for materials -- in this case, experimental plastics and urethane foams-- and the Mobay Chemical Company.

Mobay and PMMA made only three of the futuristic couch prototypes. In 2013, the Carnegie Museum of Art acquired the only one known to survive. The couch was discovered in a deteriorated and fragile state. The museum, committed to preserving the original, needed a display copy for exhibition. CMOA looked to Iontank to develop a process for its reconstruction. The process directed by Iontank merged new tools and techniques in laser scanning, 3D modeling, and digital fabrication with traditional industrial design practices to create a hybrid object, a reprototype.